Until we meet again my friend. This week I’ve been shaken – deeply – blessed – greatly – and humbled by the most amazing example of persistence I have had the privilege to observe. First, share with me the beautiful Aloha ‘Oe

Thank you, gentle reader for sharing my remembrance of a great example to me – a man, I am blessed and privileged to call my friend. I call many of you my friends. I shout praises from the roof-tops over many of you (some of you will never even find out about my shouted praise – and that’s okay) – my friend, one of the hardest working, positively minded, persistent men this world has ever seen – left this earthly plane –  through that hermetically sealed doorway – to continue his journey beyond what I know here. I had planned to call him last Thursday – my husband spoke to him late last week – my Monday was rocked, shaken deeply upon finding out about his passing (on the 4th Anniversary of my mother-in-law’s passing – and now I learn, it is also the passing of my MKMMA friend Virginia Perl). Great people – what is it they say about like attracting like.

I struggled this week – my MMA partner Brittany helped me Wednesday as we met – she shared how she’d been utilizing Bear Hugs Kettle successfully – Bear Hugs Kettle was my quick mantra to help me release quickly and not hold onto what was burning me and not serving me. Thank you, Brittany you are a great blessing in my life and in this week.

My family was most greatly blessed on Thursday this week…

If you’re going to spin on black ice – get t-boned (fortunately on the passengers side) why not have the car, Christmas presents and all go up in flames. My sweet daughter-in-law was able to get out in the nick of time, with her phone and her wallet. She has a sore neck, but is otherwise uninjured. Talk about shouting praise from the roof-tops – hallelujah! So this must be what they mean by the phrase – crash and burn. Cars can be replaced – we are truly blessed.

Now we return to my friend Eric – a true example of persistence. Eric defied all odds – surpassed all (except his own) expectations he had a burning desire – he was going to live to be 100 – cool especially for someone his mother was told would not live to see 6 months old. He worked diligently on his purpose – but he stood constantly in service to others – truly a follower of Emerson’s Law of Compensation. Eric played many instruments – the trumpet included. He walked up and down steep hills while others called to him “Eric – wait for a ride”.

Eric had a plan – he exercised he served he worked circles around all he knew – amazing since he spent considerable time in the hospital – I think most of our conversations were him calling me from the hospital – if he was unable to be out getting something done – he was on the phone arranging and coordinating the army needed to do the work he had planned to do himself.

Eric had a closed mind – he told doctor’s – no – to certain suggested treatments (quite likely greatly prolonging his life) he did not listen to those voices crying ‘you can’t do that’, he was perpetually positive.

Eric had a magnificent Mastermind Group – an Ohana that I count myself part of.

Eric was released from his bodies physical limitations – free to continue on without dragging the oxygen tank that had been his dance partner for the last several years. Released to continue his journey – Eric was a dreamer he saw the ideal and worked earnestly to make it a positive reality. Eric didn’t make it to 100 years old chronologically but physically he was probably 200 – he never stopped. Eric my dear friend, my exemplar, you never let 63 years of a cystic fibrosis diagnosis hold you back. You never let the limitations of your body limit the ideal you held and worked for in your mind. I am a better person because of you. I love you Eric – my persistent dreamer friend, thank you for being part of my life.

They are the architects of greatness, their vision lies within their souls, they peer beyond the veils and mists of doubt and pierce the walls of unborn Time. The belted wheel, the trail of steel, the churning screw, are shuttles in the loom on which they weave their magic tapestries. Makers of Empire, they have fought for bigger things than crowns and higher seats than thrones. Your homes are set upon the land a dreamer found. The pictures on its walls are visions from a dreamer’s soul. They are the chose[n] few — the blazers of the way. Walls crumble and Empires fall, the tidal wave sweeps from the sea and tears a fortress from its rocks. The rotting nations drop off from Time’s bough, and only the things the dreamer’s make live on. 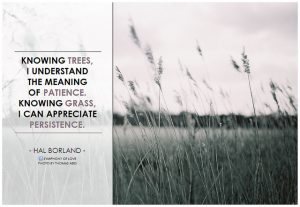 Walking the World Within to make positive changes in the world. Join me.